The U.S. Senator Chuck Hagel Archives include his legislative papers, artifacts, campaign records, and other materials. 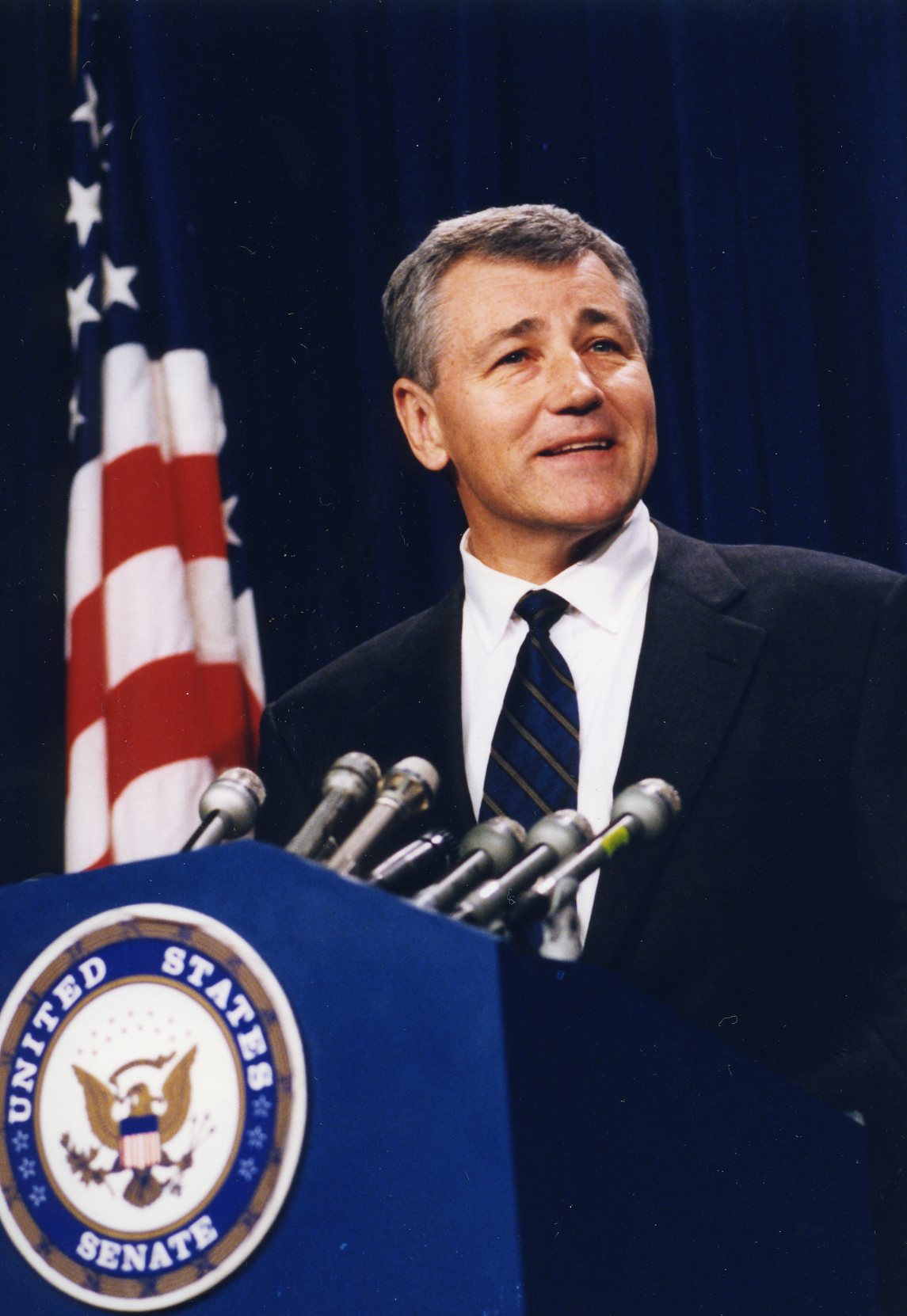 Chuck Hagel was born October 4, 1946 in North Platte, NE. The oldest of four brothers, he graduated from St. Bonaventure High School in Columbus, NE. He joined the U.S. Army and volunteered to go to Vietnam, serving from 1967-1968 in the 9th Infantry Division and attaining the rank of Sergeant. Chuck and his brother Tom were in the same infantry squad and saved each other's lives on separate occasions. He earned numerous military honors and decorations including two Purple Hearts.

Hagel graduated from the University of Nebraska at Omaha in 1971. He worked for Nebraska Congressman John Y. McCollister in Washington, D.C., and Firestone Tire and Rubber Co. President Reagan nominated Hagel in 1981 as Deputy Administrator of the Veterans Administration where he pushed for increased benefits for veterans suffering from Agent Orange. Hagel left that post in 1982. Hagel co-founded Vanguard Celluar Systems and served as President and Chief Executive Officer of the United Service Organization, Chief Operating Officer of the 1990 Economic Summit of Industrialized Nations (G-7 Summit), Deputy Commissioner General of the U.S. for the 1982 World's Fair, President of the Private Sector Council, and President of McCarthy & Company (an Omaha-based investment bank).

Hagel represented Nebraskans for two terms in the U.S. Senate from 1997 to 2009. He was a member of the committees on Banking, Housing, & Urban Affairs; Foreign Relations; Labor & Human Resources; and Rules and Administration, along with the Select Committee on Intelligence and the Special Committee on Aging (not all concurrently). He chaired the Subcommittee on International Economic Policy, Export, & Trade Promotion (Foreign Relations) and the subcommittees on International Trade & Finance and Securities & Investment (Banking). He also served as the Chairman of the Congressional-Executive Commission on China and the Senate Climate Change Observer Group.

Post-Senate, Hagel was Co-Chairman of President Obama’s Intelligence Advisory Board, on the Secretary of Defense Policy Board and the Department of Energy's Blue Ribbon Commission on America's Nuclear Future, Chairman of the Atlantic Council, and Distinguished Professor in the Practice of National Governance at the Georgetown University School of Foreign Service. President Obama nominated Hagel to succeed Leon Panetta as U.S. Secretary of Defense on January 7, 2013. He was sworn in on February 27, 2013 as the 24th Secretary of Defense. Hagel returned to private life in February, 2015.