You can learn more about finding and using material in Criss Library Archives & Special Collections online and we encourage you to contact us about your research. 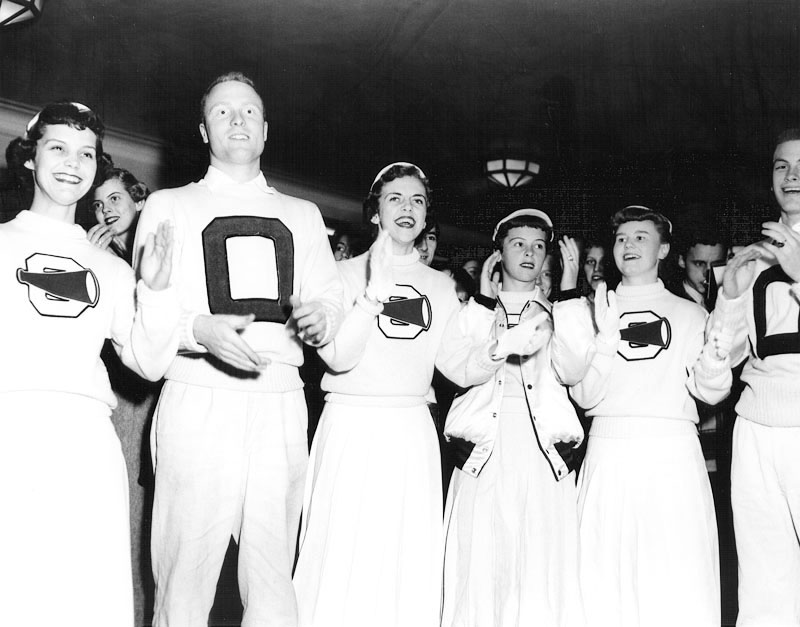 All books are described and searchable in the library's catalog.

On October 8, 2008, at the kick-off of UNO's centennial celebration, Chancellor John Christensen announced that U.S. Senator Chuck Hagel would donate his papers and artifacts to his alma mater. The materials from his D.C. and Nebraska offices arrived in December and the work of processing (arrangement and description) began.

The Hagel Archives contains 1700 boxes of paper and photos, hundreds of videos and artifacts, and 400+ books. The records are being arranged in seven series—personal and political papers, legislative records, press and media activity, constituent services,  administrative files, artifacts, and audiovisual.

Artifacts, Grant Files, Photographs, and Schedules opened for research in January, 2016. The rest of the Hagel Archives remains closed as it is processed. Newspaper articles, government documents, 400+ books (available in Archives & Special Collections), and other related material may be found searching the Criss Library catalog.

The papers reflect the complex relationship between individuals and state and federal governments. Issues of regional and national importance play out in the interactions among branches of government, within and across party lines in the Senate, and in the Senator’s representation of constituents. Hagel served on several committees addressing domestic and international issues, though his papers cover almost every issue that arose in legislation or in Nebraska. Significant events during his service include impeachment proceedings, the contested 2000 presidential election, September 11, U.S. involvement in two wars, and economic challenges.

A large collection of UNO Masters, Senior Honors, and Writer's Workshop theses and Ph.D. dissertations is also located in Archives & Special Collections. One copy of each thesis or dissertation, usually the original, is retained in University Archives and may not be circulated. A second copy is sent to the general circulating collection which can be located via the Criss Library Catalog or available electronically via the library's Electronic Thesis and Disserations service.

Theses and dissertations from UNL are available from DigitalCommons@University of Nebraska-Lincoln and through inter-library loan requests.