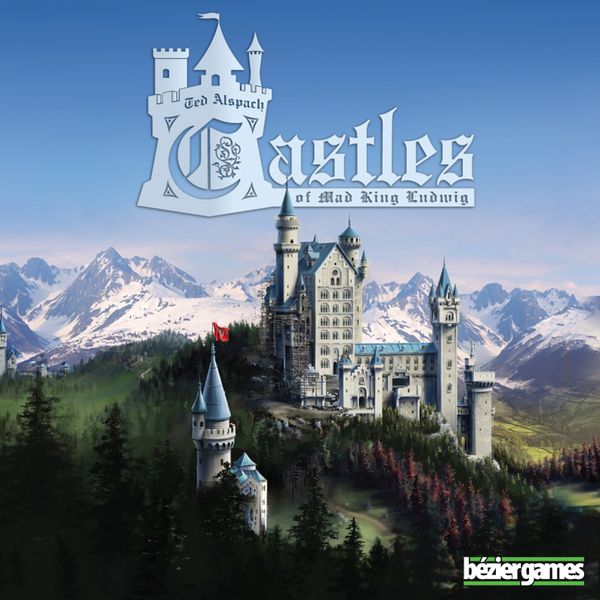 "King Ludwig II of Bavaria is known for building over-the-top castles. Throughout his reign, he spent all of his personal fortune and a great deal of borrowed money in order to turn his wild and lavish dreams into reality. He was eventually declared insane and deposed, only to die a mysterious death the following day. Castles of Mad King Ludwig is a tile laying game where each player is trying to build the perfect castle, subject to the whims of the King. Each player acts as a building contractor, adding rooms to the castle they are building while selling their services to other players. Points are earned based on how well the castle adheres to the ever-changing demands of the King. The player with the most points at the end of the game wins!"