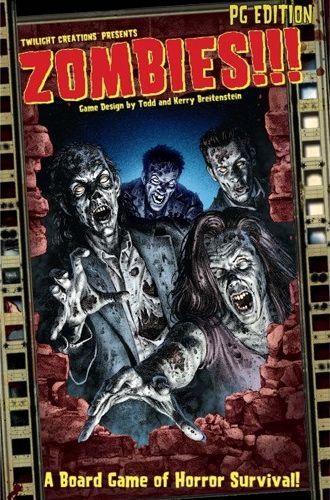 "Zombies!!! puts you in the middle of the action as you try to escape the relentlessly advancing zombie horde. Players must use a combination of wits and brawn to be the first to the helipad and certain escape. The only problem is that the zombies are everywhere and they appear to be very hungry. The game features an ever-changing map and an ever-growing army of the undead. Players take turns playing map tiles, placing zombies, running furiously, fighting, and generally creating havoc for the opposition. Combined, this makes Zombies!!! a different game every time you play it."