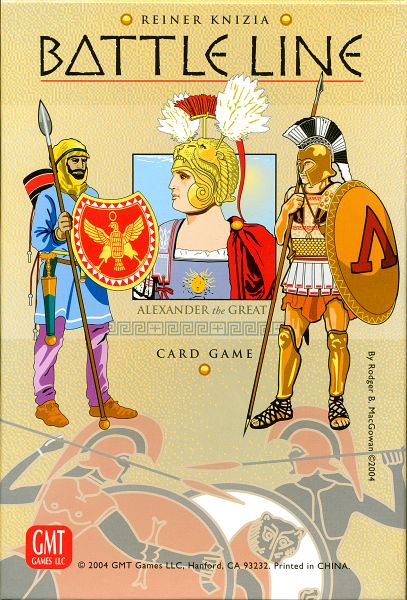 "Ancient battles were fought in organized formations. The leaders of both sides directed their forces along the battle line to gain tactical advantages. Overwhelm the opponent in the center, break through one of the flanks, or hold the position until the time has come for a decisive move. How will you muster the battle line? Two opponents face off across a "battle line" and attempt to win the battle by taking 5 of 9 flags or 3 adjacent flags. Flags are decided by placing cards into 3 card poker-type hands on either side of the flag (similar to straight flush, 3 of a kind, straight, flush, etc). The side with the highest "formation" of cards wins the flag."