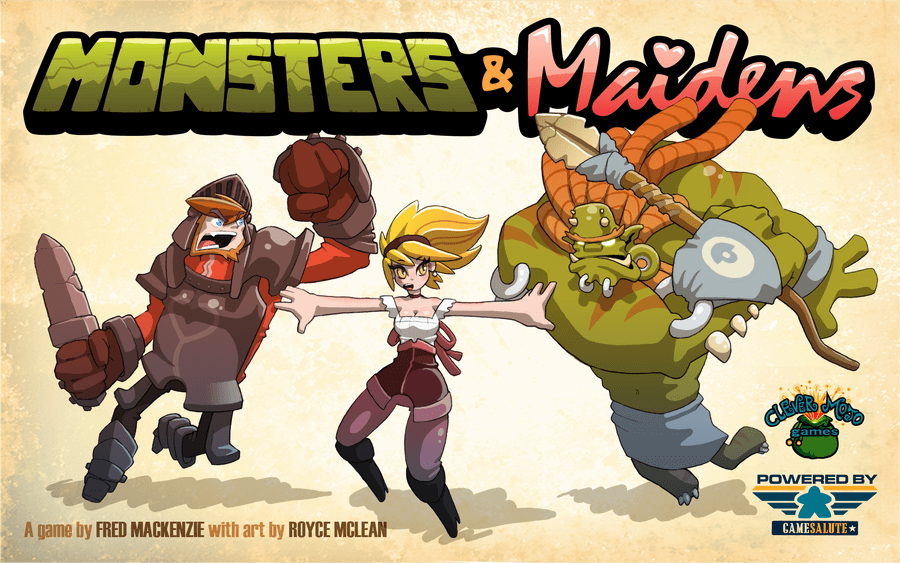 Monsters and Maidens is dice game with nine fully customized six-sided dice. Players play the role of the Hero trying to rescue the Maidens from the Monsters. By rolling the dice and comparing the results, players determine the success or failure of their mission. Players may have some rescued Maidens but decide to push their luck and roll the dice again in an attempt to rescue even more. If they aren't careful, though, they will be overtaken by the Monsters and lose some or even all of their rescued Maidens."

There are no downloads for this game.